RRBC is offering great grand prizes to visitors on all of the participating blogs. Each time you leave a comment on a blog stop, your name is entered into the Grand Prize drawing at the end of the tour. Winners will be announced by RRBC at the close of the tour.

For the complete tour lineup and prize details
CLICK HERE

You are currently somewhere near

BUT FIRST here are our...

(we're happy to arrange shipping outside the UK!)

For AUGUST 22nd only we have some

BRILLIANT PRIZES FOR 3 LUCKY VISITORS WHO LEAVE A COMMENT HERE...

(CLICK BELOW for some OCEAN-GOING music while you're browsing!) 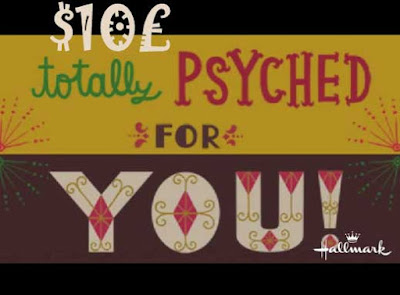 A basic white or black Freebooter's Fantasy Almanac T-shirt from ZAZZLE!
(email us back with your size: small - 4XL and your snail mail address & phone details) 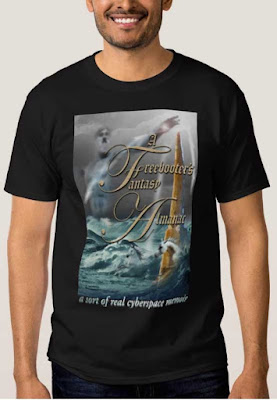 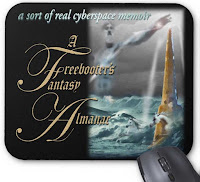 The paperback is (almost) here!

Today is kind of special because, literally last night, I sent off the paperback edition of the book to the printers - it should go out onto Amazon et al by the end of the week.

Which also means that the updated eBook edition of the book, is now AVAILABLE - complete with our brand new Foreword, which was omitted from earlier versions!

This was well worth the extended wait, even though my elven alter-ego Janowyn had to do some serious nagging to get her husband Silen into gear and out of his addiction to wandering aimlessly around the woods (he says he was pining for her, but he has a HUGE problem with always wanting to climb trees and talking to the squirrels..) to finally sit down to actually write something!

THINGS TO DO ON THIS BLOG!

Well, we have quite a lot to do actually - the top menu's full of tasting excerpts from the book and all the segments from the recent blog tour are also up. If you're more into visuals, there's a piece about the cover design and also some of my 'fan art' in Jano's Armoire Gallery that's mentioned in the book, most of which is bits and pieces from Jano's wedding preparations.
Any similarities in appearance between Silen and Keanu Reeves are purely intentional, except, of course, Silen's an elf, so he's even more gorgeous! :-P

OK ~ boring (but so necessary) links and contacts time, and then we'll cut to another excerpt from A Freebooter's Fantasy Almanac ~ the very first piece of fan-fiction I wrote for Jano, The Sea Horse.

Author blog - Siân Glírdan ~ The Way of the Bard

This story predates Jano’s birth by about twenty years as it’s about her father and his princely cousin as young boys. Because the tale fits well enough into any fantasy world, the heroes’ names have been changed here to those of my two main male protagonists in my current work in progress.


On this day, Ruari and Ærdhen decided to go sailing in their glider, the Princess, taking care not go too far out to sea as the currents there could be treacherous. At first all was well and the wind took them scudding across the waves faster than a gull can fly. They did not intend to stray too far from the shoreline, but after they had been out for an hour, what seemed to be a light mist surrounded them. For a while they could still see the shore and all they had to do was hold the course they were taking. So, when the mist got thicker and the beach gradually disappeared, they held their tiller steady, still unafraid until suddenly they were aware that their craft was travelling much faster.

Try as they might they could not turn the little boat to the starboard to hug the coast. The current held them for several minutes longer, but then, as suddenly as it had begun, it released them into clear sunshine once more and their small vessel slowed. Looking around them, the lads saw to their relief that they were in a beautiful sheltered bay they had never seen before. Realising they had come much further than they had intended, they decided they would head in towards the shore and then follow the coastline back to their summer home.

As they turned toward the shore they saw some horkas leaping in and out of the water not far from their boat. They smiled at each other as these small blue-grey dolphins were thought to be lucky creatures. The wind was getting strong again, and, as they did not want to be blown back into the current they decided to take the sail down. Regrettably Ruari, who had not often seen horkas, and could not resist looking at their agile jumps, did not concentrate enough on the task in hand. A strong gust suddenly snatched the sail and boom, which Ærdhen was trying to tie down, and swung it sharply in Ruari’s direction. He had turned away again and did not realise his peril, despite Ærdhen’s loud cry of dismay, as the boom hit him squarely in the shoulder and sent him flying through the air and into deep water.

He fell with a great shout and splash. There was a strong undertow and he was dragged irresistibly underwater back out towards the main current. Had the blow been to his head there is little doubt that he would have drowned. As it was, he was fighting for air as he finally surfaced almost back where they had arrived, far from the Princess and still being pulled away out to sea. Ruari was a good swimmer and struck out for the little boat, but his shoulder ached horribly and the current was far too strong for him.

He could see but not hear Ærdhen, yelling at him, ashen-faced, and desperately trying to reset the sail to follow him. Seawater was filling his nose and mouth and he was pulled under once more. He could hear a hollow clanging sound and felt something swim between his legs. Instinctively he tried to grasp hold of the object, which he suddenly realised was a horka’s head and beak. The creature, supple and smooth as leather to the touch, seemed to understand his distress, and positioning itself beside him, nudged him none too gently until he took hold of its high dorsal fin. The animal immediately surged off in the direction of the Princess, Ruari clinging frantically to the rigid fin. It took him a while to realise how powerful the fish was. It almost felt like he was riding a horse as the horka flexed itself in an up and down rhythm through the waves and he gradually realised the creature had actually pulled him out of the current and was taking him back towards the Princess.

As the little dolphin, barely as long as Ruari was tall, neared the small boat it began to slow. Ærdhen, seeing what had happened, had stopped struggling with the sail and was reaching out toward him. The horka’s beaky mouth was almost touching the hull of the Princess as Ærdhen, leaning over, grasped Ruari’s lower arm with both hands. Ruari almost reluctantly let go of the slick, warm fin and clasped one of Ærdhen’s arms firmly as the little creature rose beneath him, boosting him out of the water.

“He’s smart!” Ruari shouted, teeth chattering, as Ærdhen hauled him into the boat.

“Just as well he is!” Ærdhen yelled angrily back at him. “Why didn’t you watch what you were doing!” then he clutched Ruari to him fiercely and burst into tears. “I thought you would drown,” he sobbed.

They were both crying with relief now. The horka was chittering at them, head bobbing a few yards away from the prow now, it’s long beaky mouth almost smiling at them. They both turned and watched laughing, as the horka made one huge leap into the air, twisting away from them as it hit the water and swam furiously back to its family, who were still playing their leaping games off in the distance.

“That fish just saved your life!” Ærdhen’s voice was filled with wonder.

“It let me ride on its back!” Ruari spluttered, shivering violently. “It’s not a fish! It’s a sea horse!”

We're not done yet!

FOR OUR PARTY VENUES ALL THROUGH AUGUST

it's time to sail out to sea once more...

Well - I've done a little re-recording in places so the sound quality's improved and stabilised the image progression sooo.... Here ... 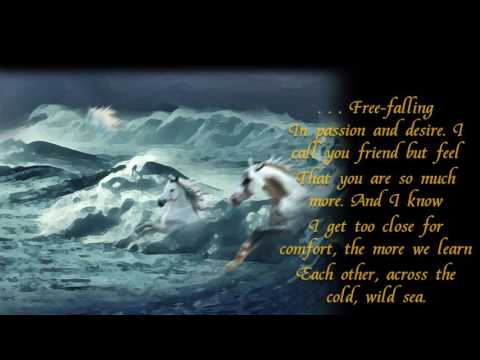